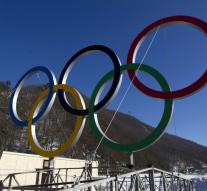 sochi - Russia claims to have foiled a terrorist attack on the eve of the Winter Games in Sochi last year. Several women would have to smuggle explosives aboard a plane, hidden in cans of hand cream. In Austria and France were then arrested several suspects.

State news agency TASS reported that Monday according to Oleg Siro Molotov, the Deputy Minister of Foreign Affairs. According to him, the operation against terror also conducted in two other unnamed countries. The ignition of the explosives would be removed from Syria.