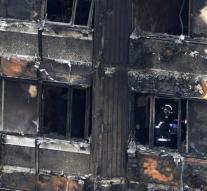 london - If the contractor had only spent more than 6,000 euros on the renovation of the Grenfell Tower, everyone would have lived

In order to cut back, the construction company bought facade coverings already banned in the United States last year, but in England it was still allowed, the Times writes. The total renovation cost about 9.5 million euros.

The contractor could choose from aluminum panels with flame retardant interior, or one with easy burning plastic. The latest version is forbidden in buildings in America higher than 12 meters because fire and smoke especially spread too easily.

At the fire earlier this week, at least seventeen people got into the flame sea. Dozens are still in the hospital.

In parliament, now voting to ban the cheap facade boards.