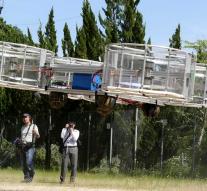 - Designers, supported by automaker Toyota, work on a flying small city car. It must debut during the opening ceremony of the Olympic Games in the summer of 2020.

This electric SkyDrive employs thirty designers, according to Reuters press office. According to them, the car is still in the early stages of development, but the prototype would definitely be ready with Tokyo Games.

It must be the smallest driving e-car, especially suitable for densely populated environments. By 2025, the car would be full in production, according to Toyota.

Three car companies including Toyota have $ 385. 000 released for this prototype, succeeding this first e-car, more investors would make capital available.