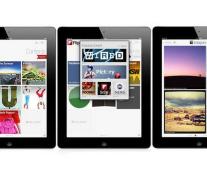 - The app Flipboard has devised a new method to let advertisers more targeted ads sites. The system is based on statistics of the interests of users of the app "virtual magazine " makes , reports TechCrunch .

Just like real magazines, Flipboard will try to offer high-quality ads that the users find interesting. An example is according to Dave Huynh of Flipboard that companies that advertise with articles about coffee, also get advertising space at industrial beer.

Both subjects appear to be interested about the same audience. The app will also prevent readers from dropping too many ads that do not interest them. Earlier this year it was announced that companies like Twitter, Google and Yahoo would be interested to take over Flipboard.