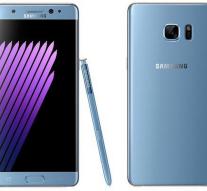 san francisco - A flight of Virgin America has faced long delays in San Francisco because it was looking for a Samsung Galaxy Note 7, reports BBC. That type of smartphone in the United States may not have been because it reports the plane over Galaxy phones catch on fire.

Just before departure of flight 358 to Boston was made a call on the plane to the owner of the smartphone, which are not reported initially. The cabin crew then decided not to tackle more rigorous and let the passengers know that had to be searched luggage.

Eventually called the owner of the smartphone volunteered. He confessed that he did not really have a Galaxy Note with him, but had only changed the name of the hotspot which he went online. As far as known Virgin America has no further steps against the prankster.