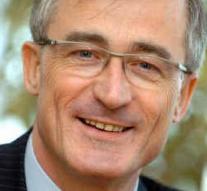 ostend - The Flemish Minister Geert Bourgeois (N-VA) calls for the creation of a union of the North Sea. This must be a partnership of all the countries around the North Sea. At first he thinks his welcome to the Netherlands, France and Great Britain, but also more northern countries such as Germany and Denmark.

That Bourgeois declared Monday during a visit to the Flanders Marine Institute (VLIZ) in Ostend. The idea originated from the forthcoming brexit. The Prime Minister hopes that joint scientific research programs around the North Sea between Britain and other North Sea countries are not jeopardized by the departure of the British from the European Union.