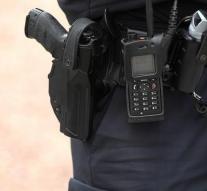 linkebeek - A 74-year-old ex-police officer appears to have shot his neighbor in the Flemish Linkebeek on Sunday in his old arms.

He also injured a contractor during an argument about renovation work, reports the parquet.

The seventeen has been known and is being led on Monday on suspicion of killing and attempted slaughter. The 60-year-old victim had not yet lived in the house but had been cultivating for a while. When the two neighbors heard words about it, the former agent removed his former weapon and opened the fire. There were several shots.

The 50-year contractor was hit in the shoulder and was taken to the hospital. According to a spokesman for the parquet, it is no longer possible for an agent to hold his arms after his retirement.