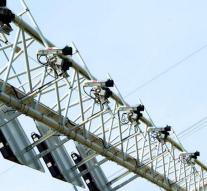 brussels - Flanders wants to have a year along all motorways process controls, which virtually everywhere keep an eye on the speed of the road user. The Flemish Minister for Mobility, ben weyts, said Monday at the VTM News that the motorist must keep going almost anywhere on the motorway the speed limit for 2019, as there will be keeping track.

At present there is only average speed on a piece of highway Brussels in Flanders- Oostende (E40), between Ghent and Aalst, and a viaduct over Ghent to Antwerp motorway- Kortrijk (E17). Weyts wants to expand in their own words ' revolutionary '' with 240 cameras not only monitor the speed, but also can recognize license plates, for example, stolen vehicles.