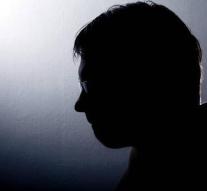 antwerp - Since Friday, Flanders has an anonymous help line for people who experience pedophile feelings in themselves or suspect someone else. With the project, the initiators hope to prevent child abuse.

According to experts, in Flanders, little is done to crime prevention, while one in five minors is victim of sexual cross-border behavior. 'Now, the approach is focused primarily on punishment and posttraffic when it's too late,' says criminologist Minne De Boeck of the University Hospital of Antwerp that is involved in the project, in the newspaper De Morgen. 'Between pedophile feelings and committing child abuse, a distance. One does not necessarily lead to another, and between them there is a timely intervention to prevent victims. '

The Initiative That Stop It Now! Hot, originated in the United States and already in the Netherlands, Ireland, Great Britain and Australia.