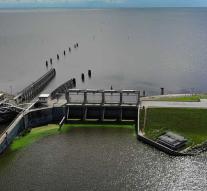 miami - In the US state of Florida, five people were killed after the plane in which they were in a lake collapsed. That reports the Miami Herald.

According to the police chief of Palm Beach County, a Piper PA-23, a twin-engine aircraft, has crashed into the Okeechobe lake. Rescue workers found five lifeless bodies in the wreck. There are no reports of survivors or injuries. The plane had departed from the international airport in Tampa.

The cause of the accident is not yet known. The Federal Aviation Service FAA and the National Transport Safety Board are investigating the crash.