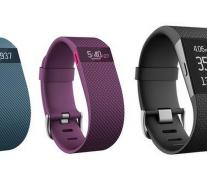 - It is possible to remotely via Bluetooth to put a piece of programming code on a Fitbit fitness bracelet. This was reported by security firm Fortinet. Through this method, it would be possible in theory to convert malicious software on the bracelet which can infect a PC in turn.

The latter is however not proven yet, says researcher Axelle Apvrille. However, she has managed to send a piece of code to a Fitbit via bluetooth without that was linked to her computer. This worked in her in less than ten seconds.

Twitter Apvrille states that it is currently a ' proof of concept ' is. The idea behind the hack is that a malicious one piece of malicious software on the Fitbit move. When the carrier then inserted into a PC via USB, a virus or other form of malware can be put on. The latter is Apvrille did not succeed yet, because the automatic execution of a program is not yet possible. For this a flaw in the system software of the Fitbit should be found.

Fitbit itself states that its wearables can not be infected with malicious software.