Home / World / First US arms sales to Taiwan in years 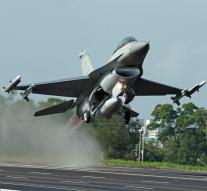 - The US government on Wednesday approved the sale of $ 1.83 billion worth of weapons to Taiwan. The delivery includes two frigates, antitank missiles, amphibious assault vehicles and other military equipment.

The approval comes a year after Congress had passed a law to allow the sale of arms. It is the first major US arms sales to Taiwan in more than four years. The controversial weapon delivery meets resistance from China, which considers Taiwan a renegade province.

Previous arms sales to Taiwan also invariably led to strong condemnations by China. A spokesman for the US State Department said that there is no change in the already long-standing US "one China policy".