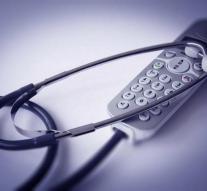 the hague - The much-discussed 'drainage law' where intelligence services gain wider access to the cable is a fact. The First Chamber agreed on Tuesday at midnight. It makes it possible for the AIVD and MIVD to tap large amounts of internet traffic over the cable.

VVD, PVV, CDA, SGP, PvdA, 50PLUS and OSF voted for. The PvdA was critical, but was pleased with some promises made by Minister Ronald Plasterk (Home Affairs).

But SP, D66, GroenLinks and Party for the Animals did not convince. They fear an excessive violation of citizens' privacy and do not see the supervision strong enough. They find the law on many points too vague. The House of Representatives had previously adopted the proposal.