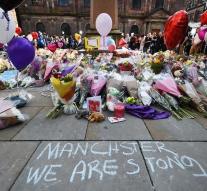 manchester - Firefighters in Manchester were not allowed to provide immediate assistance after Monday's attack. The first units would have arrived only one and a half hours after the explosion. Aid workers said Manchester Evening News said 'to be ashamed.'

Fire brigade sources said that after the explosion at the Manchester Arena, it was clear that ambulance staff needed urgent reinforcement. However, they only got permission to go on-site when the most dangerous work was already over.

The firefighters were supposed to be waiting for 'specialists' with bulletproof packages. That decision led to angry reactions. Mayor Andy Burnham has promised 'at the appropriate time' to make the decision-making process.

Firefighters are also making their complaints on the internet. Desperate ambulance staff would have screamed in vain for the help of the fire department after the attack. Firefighters had to follow the events in the meanwhile, though their barracks were removed less than a kilometer from the arena.