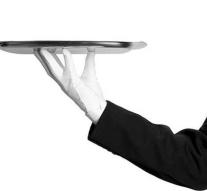 vancouver - A French waiter will challenge his resignation at a restaurant in Vancouver, Canada. According to the man, he is falsely dismissed. His former employer claims that the waiter is too rude. This strongly denies the man. His direct personality is due to his French origin.

The waiter worked with some regularity as a shift leader and had other waiters under his wing. However, it was not really nice between Rey and his colleagues.

The man received several warnings about the 'rough and aggressive way' on which he treated the staff. When he got to stick with someone for the umpteenth time, he was fired.

According to Guillaume Rey, his 'direct, honest and professional' was not interpreted personally, according to the Canadian CBC. It would be a cultural difference. The waiter claims to have been dismissed because of his French culture that tends to be 'more direct and aggressive'.

The human rights tribunal has adopted the case. He will have to justify to the court why he thinks that his 'French origin results in behavior that people can consider as a violation of rules for acceptable behavior in the workplace,' according to the court.