Home / World / Finnish police were tipped over the perpetrator 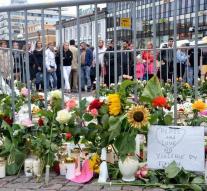 - The Finnish secret service was informed that the Moroccan had robbed two passers-byers on Friday in Turku.

The eighteen-year-old migrant was interested in extreme ideas, but there was no real threat, the secret service wrote in a statement.

Abderrahman Mechkah had specifically targeted women in his violence, the two dead and eight injured were all women.

The police shot the perpetrator in his leg, he is in the hospital. Mechkah arrived in Finland last year. He claimed asylum, according to Finnish media, but he was refused. According to the police, he was 'part of the asylum process'.