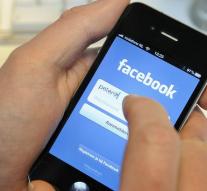 - Eight people last January discriminatory and inflammatory statements have been published on our Facebook page "Support the PVV", be fined . Ranging from 350 to 450 euro, reports the Public Prosecutor. If they do not pay their fine, they have to justify themselves before the police.

The prosecution began in January with a criminal investigation into statements on the site. Then there ' Weather firebomb thrown into Swedish mosque' the article with the headline posted .

Then the people involved responded according to the OM discriminatory. Their statements were about the sedition and inciting violence against both Muslims and the mosque as against mosques.