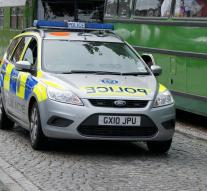 - A feud between two gypsy families in England led to the theft of the skulls of two deceased boys.

The tomb of the sixteen-year-old Levi George Price and the equally old Gareth Price at the site Ferryhill in Durham was found violated this weekend. Research showed that the skulls of the boys were missing, police said Monday against the BBC.

A spokesman speaks of a sickening act. " They have now gone too far. It is degrading and goes against the religious and cultural beliefs of decent people. This feud must stop. "