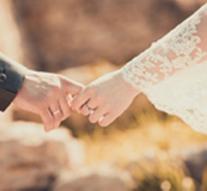 rome - Fewer and fewer Italians get a marriage certificate. The number of marriages has been in six years with a quarter shrunk from over 246 000 in 2008 to over 189,000 in 2014. The decline thus faster than in other European countries.

According to Italian newspaper La Stampa is a social change going on in the southern European country, so the Catholic Church is losing importance and fewer people still resent unmarried cohabiting couples with children. The birth rate has fallen sharply since the seventies, leaving fewer people in the " marriageable " age between 16 and 24.

The divorce rate in Italy has nearly doubled in the last twenty years.