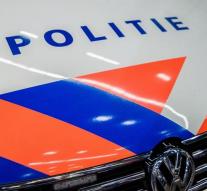 - In the first half of 2016 are 7 percent fewer cars stolen than the same period last year 4776 compared to 5180. As manufacturers make their cars more and more secure, targeting car thieves more on older cars, which are often stripped after which the parts are sold separately.

Reported that the Foundation for Tackling Vehicle Crime (AVC), a grouping of RDW, police, insurance companies and tax authorities.

the number of thefts by 32 percent in the category of young cars (0-3 years) decreased. They are more secure, but more exchange of information between countries, it is also difficult to register them elsewhere.