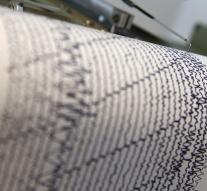 rome - The earthquakes which have hit the last time the center of Italy, could have a disastrous domino effect with heavy vibrations that trigger each other. It fears the Italian seismologist Gianluca Valensise.

He sees a clear link between the earthquake in August, which killed nearly 300 people, and the tremors which then came like last week and this weekend. He points to the irregularities in the earth's crust along the Apennines, the mountain ridge along which earthquakes occur.

' An earthquake with a magnitude of six or higher, causing stresses in the earth's crust that go along those bumps and cause bursting. This is probably what we have seen since August. ''