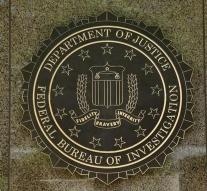 - The FBI has opened an investigation into the computer break-in at the Democratic Party. Website Wikileaks published last week, 20,000 e-mails from the Democratic National Committee who were captured by the hackers.

,, The FBI is investigating a cyber break-in at the DNC and trying to determine the nature and extent of the issue, '' the FBI said Monday in a statement.,, A breach of this nature we take very seriously. ''

The publication of the e-mails led to the resignation of party chairwoman Debbie Wasserman Schultz. The party she led was trying to favor Hillary Clinton in the primaries at the expense of Bernie Sanders, as it turned out the emails.


Meanwhile, the FBI briefed the intelligence committee in Congress Monday about the investigation. The study focuses more on the origin of the hack. Some people are already pointing the finger at Russia.,, It would not be the first time that a digital intrusion is associated with the Kremlin, which is trying in this way to influence the political process in other countries, '' Congressman Adam Schiff said in a statement.