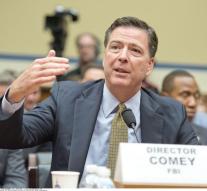 - US federal investigation FBI expects hundreds of radicalized terrorists will move to the West, as the military coalition terror group IS defeated in Syria. That said FBI Director James Comey at Fordham University in New York at a conference on Internet security.

,, At some point there will be an unprecedented exodus of terrorists from Syria, '' said Comey.,, The military coalition will'S defeat in battles, but the result will be hundreds of flights extremely dangerous people. Mainly to Western Europe, but some will also be released in America, '' he predicted.

According to The New York Times Comey warned the American people that the terrorist attacks in Paris and Brussels are just a glimpse of the danger they exodus entails.