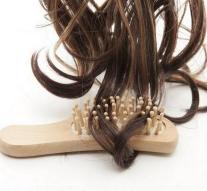 gent - A father may have one and a half years in jail as punishment because he has shaved the head of his 14-year-old daughter. The Ghent Chechen A. K. was angry because his teenage daughter came home late after going out and had consumed alcohol. The girl is traumatized because of this. She no longer lives at home.

According to Het Laatste Nieuws kept A. K. beginning in 2016 his daughter eight months in isolation. She was only allowed out to go to school.

Because D. daughter still wanted to move, she fled the house. This they did by putting pillows under her blanket and wigs. Her father found out. He called the police and gave his daughter as missing.

When his daughter came home, grabbed father A. K. clippers and shaved the head of his daughter bare. D. resisted, but her stepmother would have held her.

For his daughter to punish more, A. K. decided to go along with her to family friends with whom she had been out. 'Look, you have done this. '

A day later had to D. with a headscarf to school to take a test. There she burst into tears. The director then switched the police.

The father now risking 18 months in prison, the stepmother 8 months. According to the defense, the father does not think that he has done something wrong.

The daughter now has hair extensions. She wants her father pays. They also want a moral compensation. On 15 February does the Belgian court ruling.