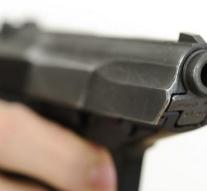 - A man and his 16-year-old daughter were shot dead Sunday in their home in the Belgian commercial province of Luxembourg. It reports the newspaper L'Avenir.

The perpetrator (20) is the ex-boyfriend of the girl. He had entered the house of the victims and when the girl and her father came home, he shot them both in the head.

The gunman tried to commit suicide when the police were about to arrest him, but is now in critical condition in hospital.