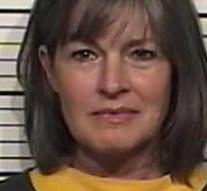 colorado springs - A woman who has entered history as the fatal attraction murderer has now died herself.

American Jennifer Reali shot the wife of her lover Brian Hood in 1990. The man had said that 'God wanted it'. Jennifer was so obsessed with Brian that she committed the murder.

Reali was released three months ago to die. She suffered from pancreatic cancer. Jennifer has turned 55. She committed the murder at the age of 28, so she spent almost half her life behind bars.

Actually, she really had to serve life-long, but the prosecutor had come to the conclusion over the years that Reali had been manipulated by Hood and would never fall into repetition again.

The son of the murdered woman also said a year ago that he had forgiven Jennifer.