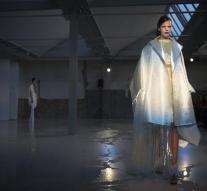 nanterre - A French fashion photographer is suspected of raping mannequins or photo models during photo shootings. The suspect Yannick D. has been arrested following complaints of nine mannequins about rape and assault, reported the French news site 20 minutes Tuesday.

The 37-year-old photographer from the Paris region denies all allegations. He has been in charge since December, told the court in Nanterre. The case was rolled by the declaration in November of one young fashion model. After her announcement in Parisian fashion and models became known, more victims were reported between the ages of 18 and 33. According to the news site, Yannick D. is relatively well-known in the fashion and advertising industry of Paris.