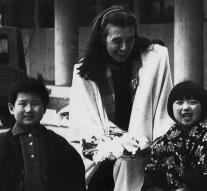 The fashion designer was one of the first Italian designers who acquired worldwide fame in the 1970s. She was known for the use of soft fabrics and luxurious knitwear, and was also called the queen of cashmere. She also designed sunglasses and released perfume, such as the famous air of Roma.