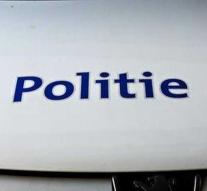 dworp - A woman and her three children aged 10, 8 and 6 were found dead in their home in the Belgian town of Dworp. The ex-husband of the woman was found dead this morning in Molenbeek. He put an end to his own life, writes the Belgian newspaper Het Nieuwsblad.

Agents searched the house on the Alsembergsesteenweg after the man was found in an apartment where fire had broken out in an underground parking garage. It is thought that the man put his car on fire and then jumped out of the window of the twentieth floor.