Home / Tech / 'Facebook wants to create their own series' 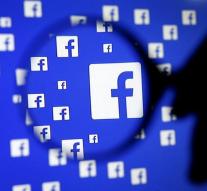 - Facebook wants to make his own video content. The company is in talks with TV studios and other makers. Which can produce possible series, games and sports competitions, where Facebook users can look at. Tech Site Recode reports that Wednesday.

The interviews are conducted by Ricky Van Veen. He is the founder of CollegeHumor. com and moved earlier this year to Facebook. Van Veen late Recode know that the project is still in the exploratory phase. Sources close to the negotiations say that Facebook wants to experiment yet, to see what works and what does not.