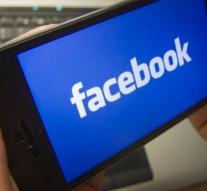 - Facebook acts in violation of Dutch privacy laws. This concludes the Data Protection Authority (AP) after investigating the processing of personal data of about 9.6 million Dutch Facebook users.

Facebook, according to the AP, violates the law, inter alia, by informing users incomplete about the use of personal data. The organization also found that Facebook uses particular sensitive data without the explicit permission of users.

For example, Facebook processed data about sexual orientation to display targeted ads based on this. Facebook has been stopped by now. The AP is currently assessing whether the other violations have been terminated. If that is not the case, the Facebook organization may impose a penalty.