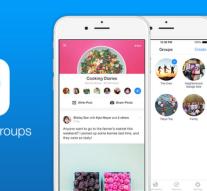 menlo park - Facebook has pulled the plug out of an app for the second time this week. The social network has decided to unplug the Facebook Groups app.

Earlier this week Facebook also set a line by Lifestage, an app for students.