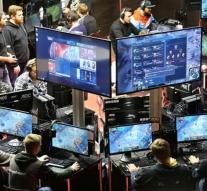 Facebook has also signed a deal with the Major League Baseball, the world's leading baseball competition. There will be 20 matches live on Facebook this coming season. Facebook streams one duel every Friday, which is only available to users in the United States. Twitter stream women basketball and Amazon has American football.