Home / World / Facebook does not allow the promotion of bitcoins 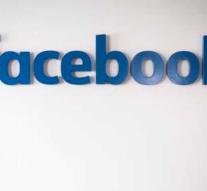 menlo park - Facebook no longer wants to show ads for virtual currencies, such as the bitcoin. Advertisements for so-called initial coin offerings, in which companies issue their own currency (token) in exchange for an investment, are also out of the question. Such advertisements are 'often associated with deception and deceit,' according to Facebook. Some issues turned out to be scams, the unknown people behind them quickly cashed the money and then left with the northern sun.

Also binary options are no longer allowed. People can bet on the course of, for example, the bitcoin. Whoever is right gets a reward. But whoever is wrong has lost the entire deposit. So it is all or nothing. 'We want people to discover new products and services without being afraid of scammers,' Facebook explains.