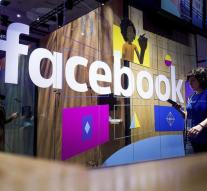 menlo park - Facebook is working on its own residential area for its employees. There must be 1500 new homes. There are also parks, offices, supermarkets and swimming pools. The neighborhood has been named Willow Campus.

Topman Mark Zuckerberg had bought the land for the district by 2015. It is an area of ​​over 22 hectares, so about 45 football pitches are large. It is now an old industrial site. Around 2021, the first inhabitants had to move there.

Facebook is located in Menlo Park, a suburb of San Francisco. A few steps away are cities such as Palo Alto (home of Tesla), Mountain View (Google), Sunnyvale (LinkedIn), Santa Clara (Intel) and Cupertino (Apple). These companies attract workers from all over the world to the region. This causes housing shortages, and the homes that are released are expensive.