Home / World / Eyes on the street in Brussels 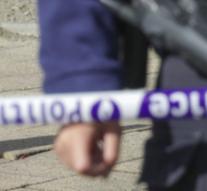 brussels - A horrific act on the streets of Brussels. It now appears in the night from Saturday to Sunday in a 33-year-old man stuck out both eyes. According to the newspaper 'La Dernière Heure' eyes were a little further on the street. The police are still in the dark about what exactly happened. The man survived.

The Belgian police confirmed that the man was found bleeding profusely in the Ixelles district. 'Of course it is very likely that it is not an accident here,' said a spokesman. 'But picked up yesterday afternoon was not a perpetrator and yet we know for the time being still not how the eyes are removed. The man is out of danger but still needs to undergo several surgeries before he can be interrogated for the first time. '

The victim was not known to police. According to Belgian media, it is a man 'African nationality. He is 33 years old and living in Belgium.