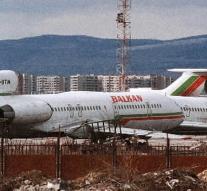 - There are Tuesday explosives were found in a van outside the airport of the Bulgarian capital Sofia. This was confirmed by a spokesman for the airport to Reuters.

Earlier in the day, Terminal 1 of the airport already cleared, after coming luggage was checked out of the van.