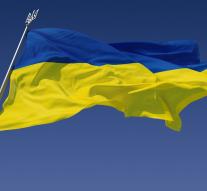 swatow - The explosions at an ammunition depot in eastern Ukraine, leaving two people dead Thursday, presumably caused by an attack.

The explosions were caused by fire in the depot, which is of Ukrainian government troops. Which in turn was caused by two shots from a light gun, the public prosecutor said Friday.

In the former dairy in the town Swatow was approximately 3500 tons of artillery and ammunition. The explosions caused a chain reaction, which became weaker Friday morning.

Swatow is about 80 kilometers away from the area in Ukraine, where the pro-Russian rebels in power.