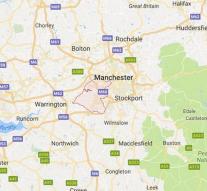 - The explosion unit of the British Army and the police were pulled out to a school in the Trafford district, Manchester, on Thursday morning.

That's what the police reports. It is not yet clear what is going on and whether the action is about the attack in Manchester on Monday evening.

According to BBC, several roads have been closed and the situation is being investigated.