Home / World / Explosion in the embassy district of Kabul 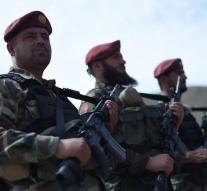 cabul - The embassy area in Kabul has been hit by a major explosion. A car bomb went off near the German embassy. Several people would be killed, too many injured. Nearly 70 injured have been taken to hospital.

According to eyewitnesses, homes have been damaged hundreds of meters away. Windows shattered and doors were blown out of the sparkles. A huge black smoke cloud draws over the city, shown by photographs on social media.

The Dutch Embassy is located in the same district, a few blocks away. The Ministry of Foreign Affairs does not yet know if there are Dutch victims.