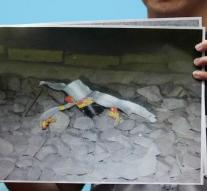 - The explosion Thursday in a Taiwanese train wounded 25 passengers, was probably the work of a 'tinkerer' with mischief. Authorities suspect a 55-year-old man of having made a pipe bomb from nearly half a meter, filled with gunpowder. It is unlikely that this is a terrorist attack.

The suspect was himself one of the victims. He is in critical condition in the hospital and can not be provisionally granted. According to study leader Liu Po-liang indicates the previously collected evidence, including images from surveillance cameras, that the suspect acted alone. It is unclear how the firework, which was in a red bag, just brought to a station exploded.