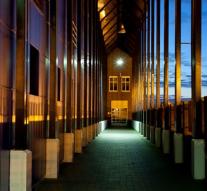 emmen - A 23-year-old Moroccan who suffered severe burns while working in Emmen also apparent victims of exploitation. He had since early last year, 24 hours a day, seven days a week, ready for his employer. Before that he was underpaid and sometimes he got no pay, the Social Affairs Inspectorate concludes after investigation.

The 50-year-old manager of the company that the man had been arrested in the service, told the inspection Thursday, without mentioning the name of the company. He remains in charge of the magistrate in Almelo in any case caught the next two weeks.

The victim was illegal in the Netherlands. The accident which brought his case to light happened in a greenhouse. The man was burned on 60 percent. He was deposed brought the Scheper Hospital in Emmen was from there to the burn center in Groningen.