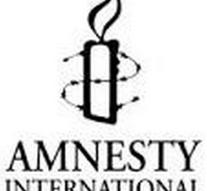 - Saudi Arabia has executed at least 151 people this year. That's the highest number since 1995 and well above the average of nine in the last few years, Amnesty International reported Monday.

Diplomats assume that more judges are appointed which may result has been made up a backlog of appeals. Political analysts say that perhaps it could also point to the wars and political unrest in the region.

The kingdom is in the top five countries with the most executions. Last year the country was in third place after China and Iran, but Iraq and the United States, according to figures from Amnesty. These five countries also executed the most prisoners in the first half of 2015.

Supporters of the Saudi capital punishment say that beheadings, usually with a single sword blow, at least as humane as lethal injections in the United States. They deplore any comparison between executions of convicted criminals and extrajudicial executions by the Islamic State of hostages.