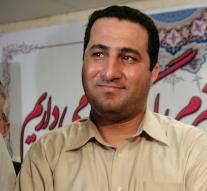 tehran - Iranian nuclear scientist Shahram Amiri, who was held captive since 2010 in his own country, was executed according to his family. His mother said Saturday the BBC that the body of Amiri has been transferred.

would trace around his neck to his see a noose. That would indicate that he is suspended.

In 2009 Amiri born in 1977 hit without trace while he was on pilgrimage to Mecca. He later appeared in the United States. Amiri said he had fallen under pressure from the CIA in the US. But according to anonymous US officials Amiri had a lot of knowledge about the secret Iranian nuclear program, and he had let a lot of knowledge transfer paid by the CIA.


Later he would have begun to doubt his stay in the US He returned in 2010 back to Iran. There he was imprisoned in a secret place.