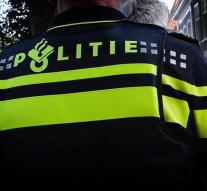 headdorp - A couple from Iran was raised in Hoofddorp by two nephews and a neptuneist. By means of a switching gear, the set of 4500 euros was made lighter, money intended for a trip through Europe.

The two Iranians were attacked from a hotel in Hoofddorp by a 'tourist' who wanted to change the way early and money, what the couple refused. Then two men went out on the couple. They showed so-called police passports and asked if the Iranians had paper money. The police officers said they wanted to check money for authenticity and then put it back in the women's bag. Later it turned out to be a trade union and all banknotes were gone.

The police have spread a signal of the three scammers. One of the nephews wore orange work clothes, the other was wearing dark blue but no uniform. The neptourist was a small man (1.60 meters) with an Indian appearance.