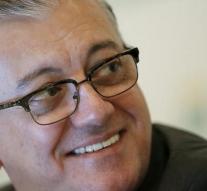 curitiba - The former boss of the Brazilian state oil company Petrobras and ex-topman of Banco do Brasil, Aldemir Bendine, has been arrested in a corruption investigation. Brazilian media reported that it was arrested by the federal police in Sorocaba in the state of São Paulo. Bendine is suspected of having taken over from one of the largest construction companies in the world, the Brazilian company Odebrecht.

The police, according to Brazilian media, are working on Thursday for three arrest warrant and eleven orders for search. These were issued in the context of the rumors of major-scale corruption and money laundering launched in 2014. The research is called Lava Jato (car wagon) and revolves around many years of malpractice at Petrobras.