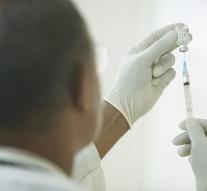 london - The right to die to a woman of fifty who fears that her age pass away her youth and beauty and thus the sparkle of life comes to an end. Some time ago she attempted suicide with her ​​kidneys were damaged. To restore this, a life-saving surgery is needed. C, like the woman is called, refuses surgery and the judge allowed it.

The verdict is according to the British newspaper The Guardian that the woman is wise enough themselves to judge the situation. In addition, the judge takes a critical report on the behavior of C. in the bargain.

This report states that the woman impulsive, egocentric, a heavy drinker and was married four times. But the right to decide for themselves about surgery is heavier, the judge ruled.