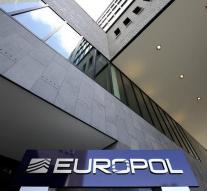 the hague - The international police organization Europol has made use of images of child abuse online. The children can not be seen, but objects on the background of the pictures like a shampoo lesson, parts of wallpaper, parts of clothing and a plastic bag. The organization hopes that citizens based on these objects can help identify the location and rescue of victims.

Small tips can sometimes help solve a case, Europol believes. A miffy hug on the background of a picture, for example, the US police in Robert M.'s case led the Netherlands in 2010. The photo was shared by Interpol and the hug was recognized by Dutch agents as Dutch, after which the ball rolled.

Twenty photos have been published on the Europol website, from various European studies.