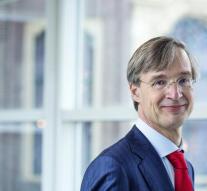 - The highest courts of the European Union on Friday criticized the push on the part of many judges and prosecutors in Turkey after the attempted coup of 15 July. The Network of Presidents of the Supreme Courts of the European Union, whose president Martin Feteris of the Supreme Court is a part, has expressed deep concern about the situation in that country.

They point out that more than 2,700 judges and prosecutors have been suspended in Turkey and which are issued against many of them arrest warrants. They see that as a violation of the independence of the judiciary and as a threat to the rule of law. The magistrates urge Turkey as a member of the Council of Europe on the rule of law and respect for human rights in Turkey.