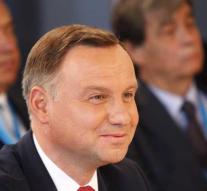 bucharest - The European Network for Judicial Councils (ENCJ) has suspended Poland as a member. The ENCJ says that recent reforms may question the independence of the Polish judiciary. The Polish Council for the Judiciary (KRS) therefore no longer meets the conditions for membership of the European network.

The Polish ruling party Law and Justice (PiS) has implemented a series of controversial reforms in recent years. They give the government more influence over the judiciary. The ENCJ now says that 'extreme conditions' make the suspension of Poland necessary. The KRS thereby loses the voting rights within the European umbrella organization.

The ENCJ expressed regret that the decision was necessary. For example, Poland is one of the founders of the overarching European network.